As one of the world’s oldest adaptogens, red ginseng has been recommended for centuries.

Now, Red Ginseng Energy takes ginseng to the next level. It features HRG80 Red Ginseng that is specially grown using ultra-clean, pesticide free cultivation. This makes it safe, reliable, and boosts the plant’s levels of valuable compounds called noble ginsenosides to help you meet any challenge in stride. In fact, it delivers 7 times more rare, noble ginsenosides—the plant’s best-utilized form of the compound—so you feel energized and resilient all day long.*

Plus, we’ve combined this red ginseng with a special absorption-enhancing delivery system in a sweet-tasting (xylitol) chewable tablet for optimal benefits.

The result is amazing support for focus, concentration, and active life.*

Because of the way that HRG80 Red Ginseng is grown, it has an advantage over conventionally-grown plants—and gives you an advantage for your health. 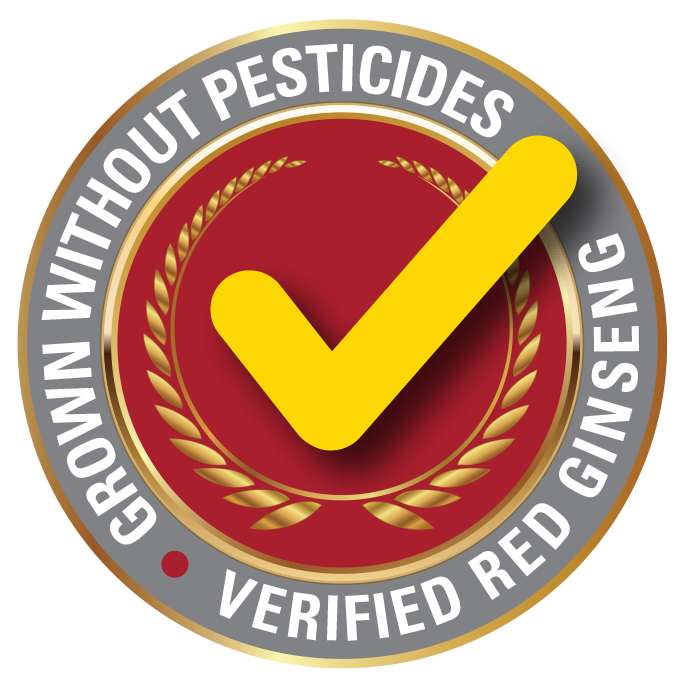 Other Ingredients:xylitol, stearic acid, silica.
No:

If pregnant or nursing, consult a healthcare practitioner before use.

Contains xylitol, keep away from pets.

NO SUGAR OR ARTIFICIAL SWEETENERS.

*THESE STATEMENTS HAVE NOT BEEN EVALUATED BY THE FOOD AND DRUG ADMINISTRATION. THIS PRODUCT IS NOT INTENDED TO DIAGNOSE, TREAT, CURE OR PREVENT ANY DISEASE.

I’ve heard that ginseng is susceptible to picking up toxins or pesticides through its roots. Is this something I need to worry about with your product?

No. The HRG80™ ginseng that we feature in our red ginseng supplements is hydroponically grown in ultra-clean conditions. Because the ginseng roots are carefully cultivated and provided with optimal growing conditions without the need for pesticides or exposure to soil-borne toxins, the plant thrives and produces the beneficial compounds we look for that make a good supplement. Those compounds include noble ginsenosides, which are rare in conventionally grown ginseng roots.

How absorbable are the compounds from ginseng?

That depends on the quality of the ginseng, an individuals’ level of healthy gut bacteria, and the quantity of compounds in the ginseng that you start with.

Much of the conventionally grown ginseng contains what are known as classic or common ginsenosides. These are converted in the gut into noble ginsenosides, which are more easily absorbed in the intestines and used by the body. However, the conversion rate may be slow and cumbersome in the digestive system, and doesn’t guarantee that you’ll see any energizing benefits from the botanical.

The traditional Korean steaming process helps ginsenosides become more absorbed or bioavailable as well, but starting off with a higher level of rare, noble ginsenosides makes good sense if you want to see results.

Will ginseng make me jittery?

Yes, women certainly can take Korean red ginseng. Although sometimes it has been viewed as a “male” ingredient, ginseng has also been used for women for a variety of reasons. Ginseng has been successfully used in clinical studies for women regarding menopause, mental well-being, libido, energy, and other aspects of overall health.* There have also been published human studies that show no negative impact on hormonal balance.

What makes it “red” ginseng? Isn’t all ginseng the same?

Although both red and white Panax ginseng (also known as Asian ginseng) are from the same species, they are not processed the same way.

White ginseng is generally air dried, while red ginseng is traditionally steamed, which gives it a red/brown color. Steaming can help make ginseng compounds – known as ginsenosides – better absorbed, and that may be one of the reasons that Asian practitioners typically preferred red ginseng.